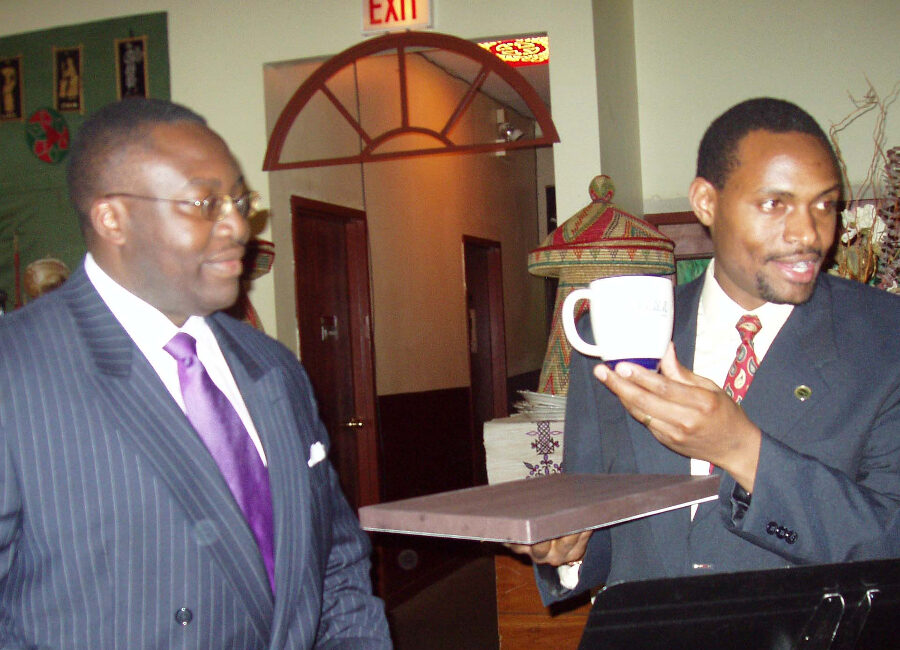 African immigrants have been told to invest in property sector and participate actively in politics with the aim of changing the American foreign policies favorably towards the Black continent.

Until these, among other things are done, the history of Africa will be skewed in the light of famine and wars ravaging the continent, out-going Kenyan ambassador to USA, Mexico and Columbia, Dr. Yusuf  A. Nzibo said recently.

Addressing a send off party organized for him by the Chicago Association of Kenyan Professionals (CAKP), Dr. Nzibo charged the gathering to tell the authentic story of Africa.

“Africa is a rich continent. Rich in culture, music and opportunities but it is misunderstood in these part of the world because of the images of famine, war, HIV/AIDS, corruption and dictatorial governments that portray Africa as a backward continent,” he said.

He urged Africans here to dump the conservative tendencies in them stressing, “you are the engine of change. You have the connection, exposure and opportunity to turn things around for the Black continent.”

“Own property, participate in politics and change American policies in favor of Africa,” he said. “America is a land of immigrants, which Africans here should realize instead of denying themselves investment opportunities with the hope of returning home one day but after many years they are still residing here,” said the ambassador.

He also advised them to form alliances and partnerships with friends of Africa  instead of living in a box because such relationships could form a sustainable future for the continent.

The situation of Africa is changing for better because of the on-going transformation from dictatorial regime to democratic governments and reduction in wars, he said.

Patrick Thimangu, a Kenyan journalist and Symon Ogeto, CAKP president, praised him for bringing the embassy to Chicago and other major cities unlike in the past when outsideWashington DC residents rarely feel the impact of the embassy.

Thimangu urged him to enlighten the Kenyan government on the need to pass a law guaranteeing them dual citizenship to Kenyans like other civilized countries.

This he said, would not lock-out the best Kenyans that left the country for greener pastures in the permanently.

Responding, Dr. Nzibo advised them to educate local politicians on the advantages of dual citizenship.

“It is your right but nothing comes on a platter of gold in Africa. It is always through a struggle,” he said.

Nigeria and a few other African countries allow dual citizenship but Dr. Nzibo urged Africans here to spread the message aross the Black continent by tapping into the information networks available including the Sattelite Nigeria recently launched.

Present at the occasion were various community leaders from the African community including Dr. Ewa I. Ewa, Cyril Ibe, Rosie Udo, Serafim de Oliveira of the Angolan Community and Dr. Sow A. Sidy, president of Guinean Association of Illinois.

The ambassador urged the leaders to solidify the unity among them for the betterment of Africans here and the Black continent.