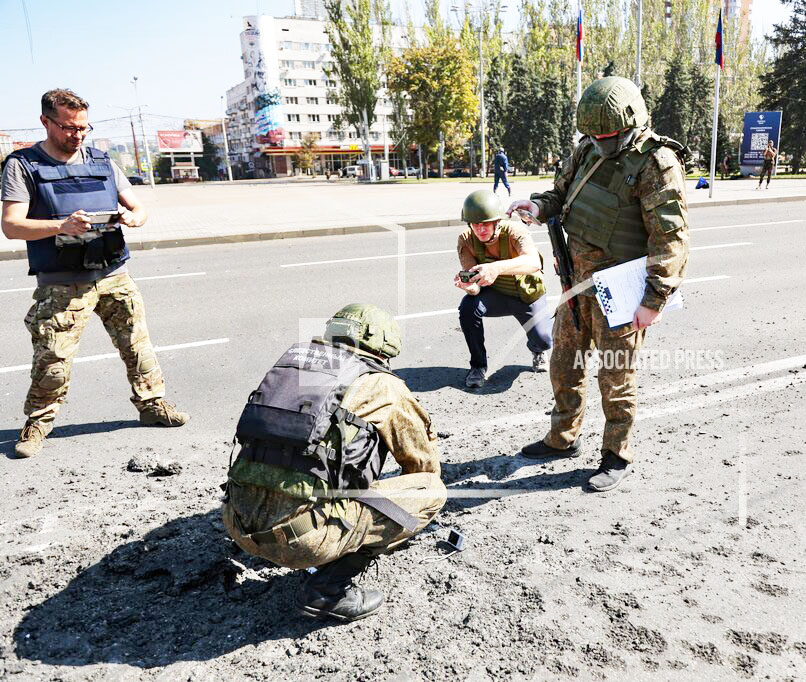 KYIV, Ukraine  — A top Vatican envoy and his entourage came under fire as they were distributing humanitarian supplies in Ukraine, the Vatican news service said on Sunday, but reported no injuries.

The incident took place near the city of Zaporizhzhia on Saturday and forced Vatican Almoner Cardinal Konrad Krajewski and others to take cover.

“For the first time in my life, I didn’t know where to run. Because it is not enough to run, you have to know where to go,” said the Polish-born cardinal, whose position makes charitable contributions in the name of the pope.

Russian shelling hit cities and towns across a wide stretch of Ukraine during the night, officials said Sunday, while the British defense ministry warned that Russia is likely to increase its attacks on civilian targets as it suffers battlefield defeats.

“In the last seven days, Russia has increased its targeting of civilian infrastructure even where it probably perceives no immediate military effect,” the ministry said in an online briefing. “As it faces setbacks on the front lines, Russia has likely extended the locations it is prepared to strike in an attempt to directly undermine the morale of the Ukrainian people and government.”

Prosecutors in Kharkiv are accusing Russia of torturing civilians in one village that was recently freed.

In an online statement, they said they found a basement where Russian forces allegedly tortured prisoners in the village of Kozacha Lopan, near the border with Russia.

In images they released, they showed a Russian military TA-57 telephone with additional wires and alligator clips attached to it. Ukrainian officials have accused Russian forces of using the Soviet-era radio telephones as a power source to shock prisoners during interrogation. It was not immediately possible to verify the Ukrainians’ claims.

Russian fire killed four medics attempting to evacuate a psychiatric hospital in the Kharkiv region on Saturday, said governor Oleh Syniehubov. Two patients were wounded in the attack in the village of Strelecha, he said.

Overnight shelling also hit a hospital in the city of Mykolaiv, a significant Black Sea port, regional governor Vitaliy Kim said. He said there was also shelling in other parts of the region, and two people were wounded.

Three people were wounded in nighttime shelling of the city of Nikopol, which is across the river from Europe’s largest nuclear power station, said regional governor Valentyn Reznichenko.

The six-reactor Zaporizhzhia Nuclear Power Plant was captured by Russian forces in March, but is operated by Ukrainian engineers. Its last reactor was switched off a week ago after repeated power failures because shelling put crucial safety systems at risk.

Five people have died over the past day in Russian attacks in the Donetsk region, one of two Ukrainian regions that Russia recognizes as sovereign states, governor Pavlo Kyrylenko said.

The separatist forces that control much of Donetsk on Sunday claimed that Ukrainian shelling of a prisoner-of-war colony in Olenivka killed one prisoner and injured four.

More than 50 POWs were reported killed in a July attack on the Olenivka prison that Russian and Ukrainian authorities blame on each other.

A Washington-based think tank, the Institute for the Study of War, said Russian forces in Donetsk continue to conduct “meaningless operations” on villages as opposed to reinforcing the front line.

Benedict XVI, reluctant pope who chose to retire, dies at 95

Pope on Christmas: Jesus was poor, so don’t be power-hungry