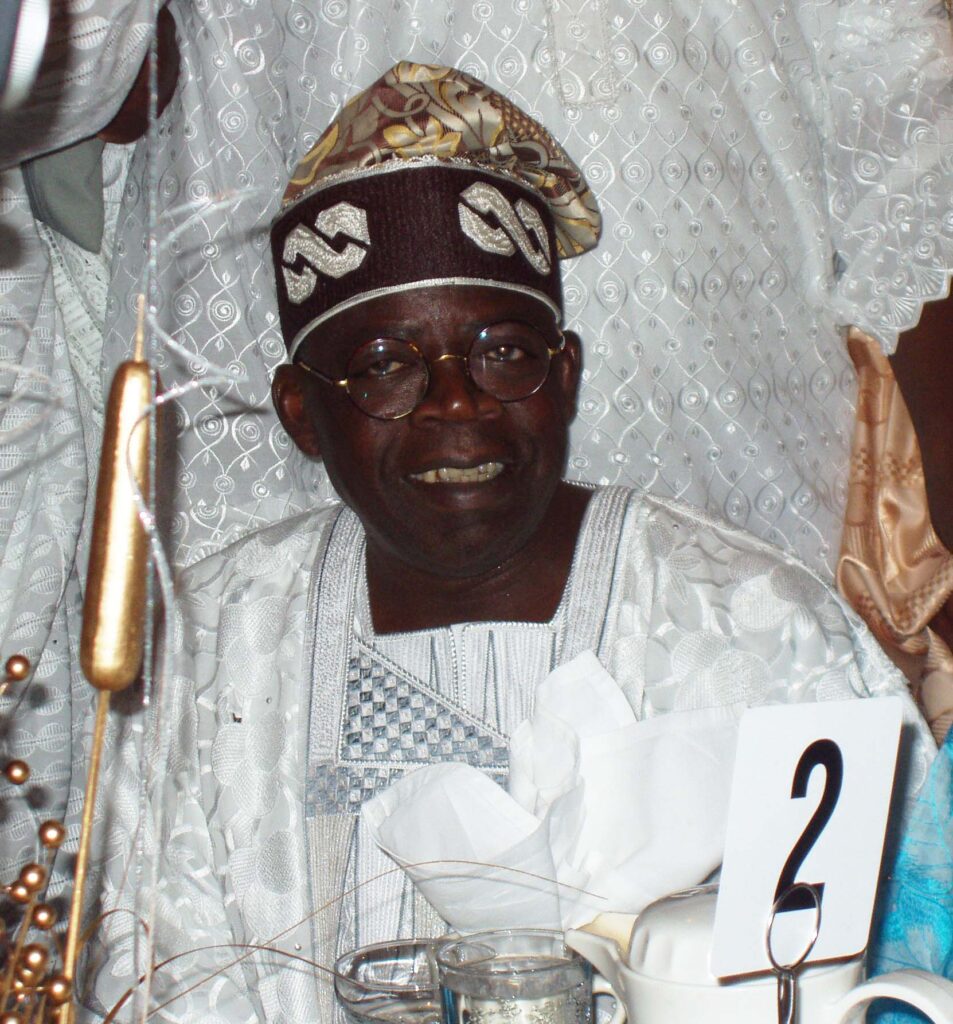 CHICAGO, IL –   A wire transfer of $80,000 to the First Heritage Bank account of Ashiwaju Bola A. Tinubu triggered the investigation of the former Lagos Governor and closure of nine bank accounts linked to him as well as the forfeiture of $460,000 to the U.S. government in October 1993.

Tinubu had opened an individual money market account and a NOW account in Chicago in December 1989 according to U.S District Court documents obtained by The Chicago Inquirer.

Mr. Adegboyega Mueez Akande who was under investigation by local police, Drug Enforcement Administration (DEA) and FBI wired the money to Tinubu.

One of the clients of Akande, Lee Andrew Edwards now in jail for attempting to murder a federal agent had been bursted  as a source of white heroine across Chicagoland. Akande  had provided Edwards a telephone number which activated an electronic pager to be called to buy white heroine.

“Cocaine, heroine, guns and paraphernalia used to distribute drugs were recovered during the execution of the search warrant,” on Edwards according to court records.

Edwards however opened up on the distribution networks of Akande narcotics operations and networks across Chicagoland.

He also gave the name of Abiodun Agbele, an agent of Akande to federal investigators. Agbele who arrived in Chicago in 1988 sold “one ounce of white heroine to a law enforcement officer working as an undercover for $7,000” and was arrested.

He cooperated with Feds and provided detailed information on heroine distribution network of Akande who returned to Nigeria in the mid-90s. The various confessions by Edwards, Agbele and another informant identified as source A led to the move against the accounts linked to Tinubu and  his Compass Finance & Investment Company.

Bank records show that Tinubu opened the account on January 4, 1990 and Akande through his wife deposited $80,000 to the account five days after the opening.

“The transaction was completed at the direction of Mirbec A. Akande who resided at 7930 Corporate Dr, Houston, Texas. A review of bank records by investigators disclosed that an individual named Mueez Adegboyega Akande previously used the address.

Bank employees of First Heritage bank in Country Club hills, a suburb of Chicago disclosed that Akande introduced  Bola Tinubu to the bank. Both Tinubu and Adegboyega Mueez Akande opened a joint-checking account in his name and his wife Oluremi Tinubu. Senator Oluremi Tinubu also operated a joint checking account with the bank with Audrey Akande, wife of Adegboyega Mueez Akande.

Besides the money deposited by Akande to Tinubu’s account, bank records from First Heritage bank revealed that Tinubu deposited $661,000 and $1,216,500 into his individual money market account in 1991.

The former Lagos State governor also operated a world-wide personal banking unit with Citibank account where he transferred $560,000 from his individual money market account to. Mobil Oil, employer of Tinubu at the time confirmed his employment status as  a treasurer with the company.

“This position does not involve a large transfer of money,” a Mobil representative told Kevin Moss, a Special Agent with the Internal Revenue Services (IRS) who investigated the case adding “under no circumstances would Tinubu be permitted to retain money belonging to Mobil Oil in accounts bearing Tinubu’s name.”

The establishment of a working relationship between Tinubu and Akande led to a seizure warrant that was subsequently presented to the U.S. District Court of the Northern District in Chicago for money in the First Heritage Bank and Citibank in the name of Tinubu. Court records indicate that the amount seized in the two accounts exceeded $1.4 million.

Court records also show that additional $550,000 was seized from Citibank International held in the name of Tinubu after corporate documents from Compass Finance and Investment Company including articles of incorporation and memorandum of association used in opening the account listed Mueez Adegboyega Akande and Abiodun Olasuyi as directors of Compass Finance and investment Company.

Investigators concluded in an affidavit submitted in court that the funds in First Heritage Bank, Citibank .N.A., and Citibank International in the names of Bola Tinubu and Compass Finance and investment represents the proceeds of drug trafficking and should be forfeited to the United States.