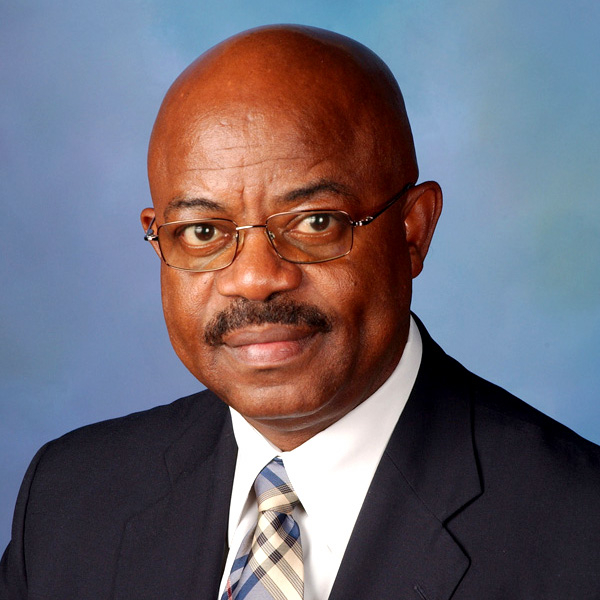 Nigerians sometimes show up in unexpected places. One of such places was a meeting of Black-Americans elected officials conveyed in Chicago, the City of big shoulders, in 1993.

Emmanuel A. Imoukhuede, then a first term board of trustee member of the affluence South West Village of Matteson and the first African born elected official in United States was in attendance.

Imoukhuede like other Black Americans was having fun and enjoying the camaraderie until the master-of –ceremony mispronounced his name and the fire in him busted. I-mou-khuede-he corrected and advised the speaker to always learn how to pronounce names especially African names before going on air.

Each African name has a meaning, he counseled. “If you could pronounce Victor Dvodlak, a former Alderman in Chicago and Dan Rostenkowski, one time chairman of means and ways committee of the U.S. Congress-why not Imoukhuede, he roared.

The MC apologized and everybody continued with the business of the day before he re-introduced him correctly.

Out of the blues a Greek American gracing the occasion with his friends walked gingerly towards Imoukhuede yelling “you Nigerians are international bandidos.” What do you mean, Imoukhuede retorted.

“You know Nigerians are into drugs and money laundering., Really, Imoukhuede teased him and the Greek answered in the affirmative.

Imoukhuede cut him off and said before the Nigerians got into drugs, the Greeks were doing it and they are still doing it. Why making an example of Nigerians. Why make the issue about Nigeria so monumental? Why insulting us.

It is not that I condoled that but this is an august occasion. We are all dignified people,” he rebuked him until the Greek apologized and said he used the world bandidos because “Nigerians are extremely intelligent.”

U.S. Congressman Danny Kenyata Davis, then a city of Chicago Alderman was shocked to see another Nigerian flying high. Unconfirmed reports said Congressman Davis had opted for a doctoral degree after meeting many young Nigerian doctors and PhD holders in the Windy City.

In Matteson and around the state Imoukhuede is beloved. Everyone learn how to pronounce his name. In 1995, the Matteson committeeman encouraged him to run for a state office after he won a landslide re-election into the village board.

The village president was unsettled by the margin of victory that exceeded his own. In a desperate effort to end his political career, he was encouraged to run for a state office in a districts populated by whites.

Imoukhuede will not have none of it. He sat back and ruminated over it and decline the offer. “It was a set-up for failure,” he concluded after reviewing the circumstances that necessitated the urgings and pressures to have him run as a state representative.

Instead, he endeared himself to the village board president and other members of the board of trustee and work hand in hand for the progress of the community.

He promised the board president not to rock the boat by challenging him in the polls.

Though Imoukhuede is very desirous to move higher in every facet of his life. He however realized that the electorate who put him in office didn’t do that to rock the boat but to inject fresh and differing ideas to the board.

“It is a selfless service. You are a servant of the people and should seek the best for them,” he said.

The village president was restless at the presence of Imoukhuede on the board especially his populist political agenda. Instead of starting a political war, Imoukhuede reached out to the village head and the community was amazed but it was not the first time that he will turned his adversaries to his side.

A year earlier when Imoukhuede bought a property in Matteson and moved in, his white neighbors were unhappy. In his usual friendly and jovial attitudes, he introduced himself to a neighbor called Norm. To his surprised, he was rebuffed.

Norm said he was worried that a n…… is moving next door to him. Imoukhuede smiled instead of exchanging hot words with Norm, he advised him not to be worried about n… because “there are white n……. and there are black n……. You should be worried about undesirables because they are the ones that bring down the value of your properties.”

“Undesirables, undesirables,” Norm soliloquized as he moved away only to become a good neighbor after the initial unpleasantness. They all look in awe as Imoukhuede entrenched himself and family in the community.

They marveled and adored at how he raised his children to become the very best in the society. His son finished at Northwestern University and the daughter is completing her PhD in chemical engineering at Caltech soon.

“My decision to stay here has helped in accomplishing one of my goals and I could have accomplished it anywhere in the world. It gave my children the opportunity they needed,” he told The Chicago Inquirer.

“The most important thing in life is if you are married and have children, you need to seek the good of your children. People ask me if I’m a proud father. I’m thankful to God. We have two children. My daughter went to MIT and did Chemical Engineering and she should be finishing her PhD in Biochemical engineering in Caltech. Some of you have seen her on TV, she is a three time all American. The NCAA used her for advertising of being an athletes, you can still achieve. She has a joke that she is doing biomedical engineering just to relax.

In the same fashion he had brought to fore his administrative competence when Imoukhuede became the president of the homeowners association, he holds no grudges against African Americans.

He detest the facts that African immigrants and African Americans still live like odd couples.

“I don’t call African Americans names. It is not good. If you look at them, some of them look like people we left at home. It is just by accident that they got here. They are our people. We have a duty to make them realize that they are part of us.”

He recently went to Nigeria with an African American for the inauguration of elected government in May. He showed him the African settings and the life of the Black American hasn’t been the same since then.

Others, he said, should emulate the gesture and put in perspective why African-Americans and African immigrants must collaborate instead of living like enemies.