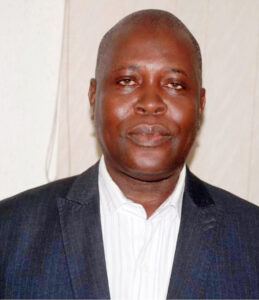 The Trinity United Church, known for donning Africa attires and fabrics, is setting up computer centers and visiting orphanage homes in Africa in a renewed efforts to reconnect with the Black continent where their forefathers were forcefully evicted during the slave trade.

A state of the earth computer center was built in Accra, Ghana and an orphanage home is being supported financially in Durban, South Africa to cater for children whose parents succumbed to the dreaded HIV/AIDS disease ravaging the country.

“We are supporting causes and issues that are consistent with our theology Africa where our ancestors relocated here. And we can only appreciate their legacies by going back to pay our respect to those still in the continent,” said Willie Calvin, chairman of the church’s African ministry.

The church is also supplying electrical generators and water pumps, medical equipments in South Africa, Ghana and Brazil where a huge number of Blacks reside.

In Brazil, Trinity United Church last year paid the school fees of 15 students of Steve Biko Institute on the verge of dropping out of school because their parents lack the resources to off-set their tuition and feeding expenses.

“Pastor (Jeremiah) Wright in agreement with the church leaders decided to underwrite the fees, and equally paid for the outstanding salaries of the staffs of the school” named after the South African freedom fighter, Calvin said.

“We are supporting the Steve Biko Institute because the school’s founders traced their heritage to Nigeria and claimed their liberation through the symbolism of Steve Biko and the fighting spirit of a South African,” Patricia Eggleston, the immediate past chairman of Trinity United Church African ministry said.

She continued: “To take a South African symbol and placed it in Brazil and then used the model to empower young people to attend college is exemplary. The idea tallies with our mission here.” The roof of St. John church in South, damaged by storm was also repaired and the salary of the pastor paid for a year by the South side based church located at 400 West 95 Street.

Members of the African ministry are returning to Ghana in September to visit the computer and medical center built in Accra and gather first hand information on areas the school will be needing additional help.

“We are going to have a medical initiatives in September in collaboration with some other churches and organizations favorably disposed to checkmating several diseases rampaging South Africa,” Calvin explained.

The church is collaborating with African professionals and experts here in discharging these aids. Two Kenyan born medical doctors practicing in California recently visited the church to coordinate the Oasis Africa established after the bombing of the US embassy in Kenya.

The Oasis Africa program participated in the counseling and healing of wounds inflicted on victims of the embassy bombing. “We are collaborating with them. We invited them here for our revival and they are sending us more information on areas we could still be of help.

Another group from Zambia led by Dr. Teddy Collango is a regular visitor to the South side church on help needed over the land redistribution embarked upon by President Robert Mugabe of Zimbabwe.

The land redistribution program that sparked off international protest, saw white farmers who controlled 70 percent of the Zimbabwe fertile lands relocating to Zambia and taking over the land.

Pastor Wright is working on program where sewing machines and agricultural equipment will be distributed to Zambia natives to farm and fend for their families.

“We have to be stress absorbers for Africa. We are the extended families of these Black families.

They need us now and we are trying our best in addressing the injustices that exist now and how to correct it. We have to work together in order to build a better future,” Calvin said.

Why I object to Homosexuality and Same-sex unions

Pastor with $12 m. in account ministers prosperity in Chicago