What a wonderful world 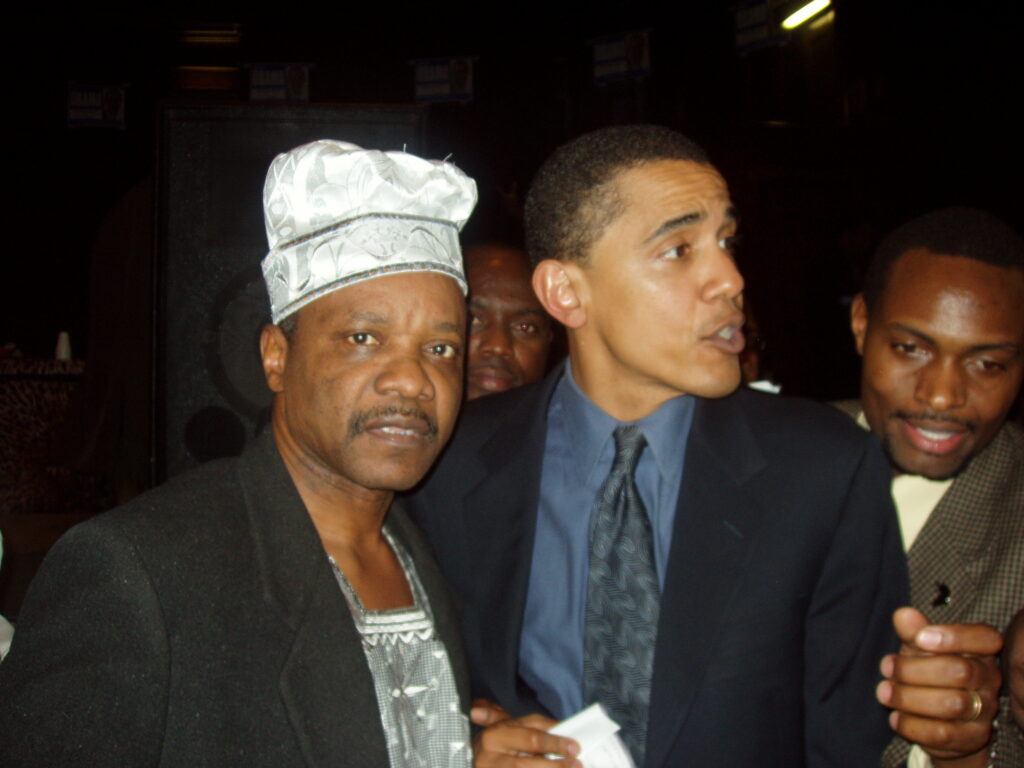 Dr. Ewa I. Ewa with Obama at the event

CHICAGO: The Hyatt Regency McCormick Place suddenly brightened Saturday night when the voice of Louis Armstrong reverberated round the conference hall, venue of the seventh annual gala night of the Organization of Nigerian Building Professionals (ONBP).

Members of the organization, invited guests, politicians and friends of ONBP temporarily halted their dinner to see the legendary singer.

Louis Armstrong could not be found and the baby face of  James Cromwell, a Dansika band member, was behind the microphone.

Cromwell and the band thrilled and entertained participants at the hall with Armstrong signature tune: What a wonderful world.

Praises and appreciation came their way from State Senator Barack Obama, David Malone, Michael Ayala of the CBS-TV Channel 2 News and other guests.

“This band is tremendous. I also appreciate the African traditional dress and costumes. It is really wonderful to be among Africans,” Malone who is the city of Chicago Chief Procurement officer said.

Ayala, the event host confessed that he enjoyed every moment at the event. “I’ve been doing this for years but this is my first time I’m hosting an African event. I like to do it regularly and be among you,” he said and called another round of applause for the Dansika band.

Nii Amanor, a choir director with Jesus House Chicago was on the piano as the band treated the audience to highlife, jazz, soca and Christian tunes. “I see baby cry” was another song that caught the attention of the gatherings and was rendered in a deep voice just like the Wonderful World song of Louis Armstrong.

Cromwell went round some tables singing and dancing to the admiration of the audience and Hyatt Hotel staffers.

Amanor told The Chicago Inquirer that the band has been entertaining at the annual event for several years.

The organization encourages information sharing between building professionals in Nigeria and other part of the world.

Emmett Till images have multigenerational impact on artists

Mamie Till depiction seen as tribute to Black female leaders

Rihanna to headline the next Super Bowl halftime show