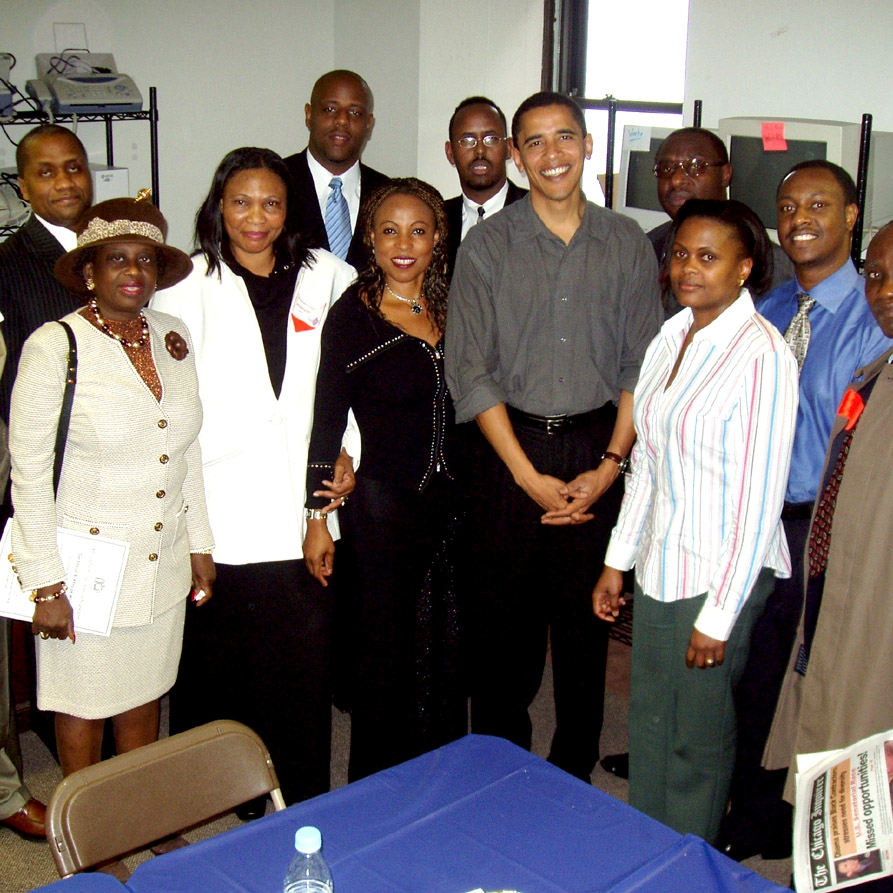 The election of Barack Obama as U.S. Senator was the closest African immigrants have been to the seat of power in the country.

Obama, the only Black senator in the country, was not born in the Black continent but in Hawaii where his Kenyan father came to study economics after securing a scholarship in the east African nation.

Before him, we had former East Cleveland mayor the Rev. Emmanuel W. Onunwor, who became the first African born mayor of an American city in January, 1998.

Onunwor, who was born in 1954 in the Rumuomasi section of Port Harcourt, Rivers state in Nigeria, was re-elected with more than 70 percent of the vote four years later.

Anthony Adekunle Cole, a Nigerian-American is another African that bristled all challenges to win an elective post as District 144 School’s board president in Country Club Hills

Others like Rosie Udoh, a Waukegan based woman leader have tried unsuccessfully to win election as alderman for the north Suburb but the efforts were not in vain. She is jostling for another run and the community should team up with her and others running in the April 5, mayoral elections in Chicago suburbs.

Adesina, an African name that means trailblazer, needs all the support from the community to at least articulate issues like family values that matter to African immigrants here but are under assault today in America.

Africa is seen in the light of famine and wars, corruption and instability and all these will not go away overnight if African immigrants continue to watch from the sidelines the democratic dispensation of an old democracy as the U.S.

We must participate actively in politics to let the world know that Africa is rich in everything-culture, resources, opportunities and ideas, yet the image of Africa is still skewed negatively.

The world is changing and Africa too is not standing still since the take-off of NEPAD, the African Union and on-going transition from dictatorial regimes to democratic governments and cessation of wars.

A good example is Togo where African Union (AU) under the leadership of President Olusegun Obasanjo forced the country to abide by the constitution despite opposition from the country’s military.

AU succeeded because the union stepped out of the box, formed alliances and a united front and dared the devil limiting the progress of Africa since the ending of agitation for political independence on the continent

On this note, I urge ask African politicians here to form alliances with Black, White and Brown Americans. Some of these races helped Africa in the liberation struggle.

Now that we are now struggling for political and economic empowerment, they could still be of help if we form the right alliances.

The time has come for Africa’s brightest minds and manpower either forced out of the Black continent or in search for opportunities here to take their place in this civilized society by seeking elective posts.