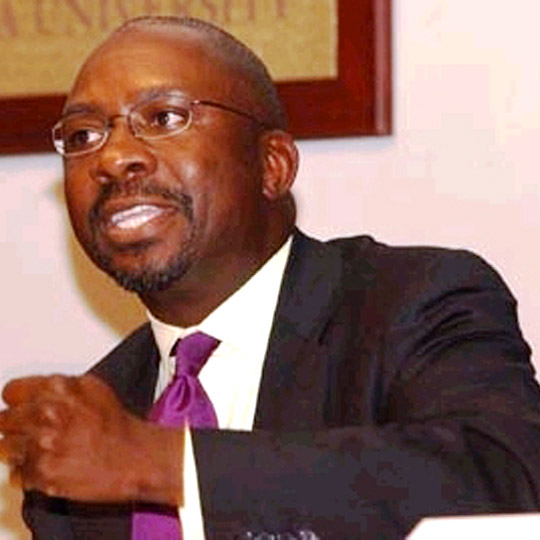 Most reporters’ dream of the Joseph Pulitzer Prize for journalism. Some succeed and few, out of frustrations of missing the prestigious award, sometimes opt out of the vocation.

The later is not the lot of Dele Olojede, joint winner of the 2005 prize and the first African born journalist to win the award. The award will be presented to him on May 23, 2005. He is said to be a finalist for the Pulitzer in International Reporting in 2005.

Just like “Born To Run” a book on the life and times of his mentor Dele Giwa, Olojede co-authored with another Nigerian journalist, the award shows that success is not limited to one’s race. “No one should feel they have limited opportunities.

“If you are a journalist, if you have a passion for the craft, and if you feel it’s the one thing you really want to do, then you should keep trying to get a job in the media here, even at small town newspapers” he told The Chicago Inquirer.

Born on January 24, 1961 in Ile Ife, Nigeria, Olojede started showcasing his talent as an investigative reporter at the defunct National Concord and later Newswatch in early 1980s.

He distinguished himself as a gifted reporter in Newswatch where one of his investigative reports led to the release of late Afro-beat maestro Fela Anikulapo Kuti from jail.

Justice Okoro Idogu who jailed him had paid a surprise visit to the musician in hospital bed whilst still in jail and pleaded with him for the wrong conviction.

He honed the talent in America where he was named Times Mirror Journalist of the year in 1997 and on four different occasions earned the Newsday Publisher’s award as a reporter and in 2002 was name the editor of the year.

“I am happy to report that, even after nearly two decades, many people have no trouble recognizing my accent as being Nigerian. Obviously that, as you can see, has had no impact on my opportunities.”

He praised his wife, Dr. Amma Olojede, an established journalist and erstwhile editor of The Guardian on Sunday in Nigeria for the feat adding ‘she is a terrific mother. The couple is blessed with two daughters.

“My wife, Amma as many Nigerians know, is a far superior journalist to me. I clearly fall short of her, as most impartial observers might readily acknowledge.

Olojede still feels the pain of the death of his mentor Oladele Giwa but denied reports that he left Nigeria because Nigerian journalists couldn’t find the killers of the flagship of Nigerian media.

“Everything is lacking. From ethical media to other instruments of civil society and lack of legitimacy for the state itself,” he said.

‘A combination of accountability, open government and the emergence of a new kind of leadership that knows how today’s world works has to be put in place,” he said stressing “people who still have the capacity to feel shame, who can lead the country out of its long darkness.”

After working for Newsday as a reporter, foreign correspondent, overseas bureaus chiefs in Mexico City, Beijing, Jerusalem, Johannesburg and Moscow and serving as foreign editor in the last 16 years before resigning last December, Olojede is not tired of the media industry.

Timbuktu is focused primarily on such media that provide a common platform for the business, political and cultural elite of Africa and its diaspora.

Olojede began his reporting career in his native Nigeria in 1982, after graduating from the University of Lagos with a Bachelor of Science in Mass Communication.

He was born January 24, 1961, and moved to the United States in 1987 to attend Columbia University Graduate School of Journalism, where he earned a master’s degree in journalism.

In the summer of 2003 he completed the Management Development Program at the Media Management Center of the Kellogg School of Management at Northwestern University.

Olojede is a member of the board of the National Press Foundation in Washington. Interestingly, Olojede has served twice on the jury of the Pulitzer Prizes as well as the Alicia Paterson Foundation.