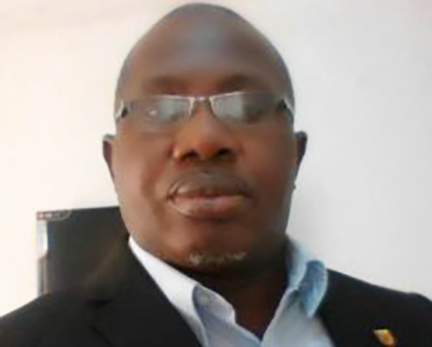 Winning global 100 metres Hurdles gold puts Tobi Amusan high up before Glory Alozie who must be waving at the Ijebu girl for wiping her tears, from Sevilla in 1999 to Sydney 2000.

Tobi became the first Nigerian world Athletics champion when she cruised to glory at the IAAF Championships which ended in Eugene, Oregon last month. She also set a world record in the process.

And that was the very first time the University of Texas El Paso ( UTEP) student would win a world medal. Her best before the feat in the United States was a fourth place finish at the Doha 2019 World Championships. That was also the story at the Tokyo 2020 Olympic Games.

Glory began so early winning silver at the World Juniors, Sydney 1996. That was also the first time Hyginus Anayo Anugom  hit the world stage. The young man could not go beyond the Heats in the quarter mile.

Glory and Hyginus were inseperable and the love story was heading to the altar before Sydney broke the heart of the girl, her countrymen and the world.

Tobi had not arrived Planet Earth in 1996. In 2000, she was babbling as a three- year – old. Those years fetched Glory two  global silver medals.

In 1999, Glory went for gold at the World Championships in Sevilla, Spain. She ended up with the silver medal behind winner, Gail Devers of the United States. Ukrainian, Olga Shishigina, was fourth.

It would have been Nigeria’s first gold. That miss brought back memories of Roma ’87 when Innocent Egbunike was the hottest 400 metres runner in the finals but one dark horse, Thomas Schonlebe snatched the first position.

The Sydney 2000 Olympic Games was another opportunity for a glorious outing. Glory was in splendid form. Her fiance, Hyginus could not break into the national team after a training tour  to Adelaide, Australia.

He chose to stay back with Nigerian reserves and they were put in Southern Cross College, in Chester Hill about 19 kilometres outside Sydney. The quarter miler stayed back for Glory.

The Aussies were so generous. They allowed athletes to fly to Sydney with two members of their respective families. It was an opportunity that many also grabbed.

Glory and Hyginus lived in Spain. As the Olympics approached, they were separated. She was in Yokohama preparing. Japan was familiar. At the Maebashi ’99 World Indoor Championships, the Nigerian was second in the 60 metres Hurdles. Olga Shishigina came out tops.

On September 5, 2000 just before the Olympics kicked off, tragedy struck. Hyginus wanted to dash across Hector Street, Chester Hill, for dinner.He was knocked down by a car.

Southern Cross College was founded in 1948, by the Assemblies of God Mission. That was the year a Nigerian, Fola Adedoyin qualified for the finals of the Olympic Long Jump event, representing Great Britain.

Chester Hill is in the City of Canterbury in Bankstown. Initially, many Nigerians dismissed the news as fable from Geoffrey Chaucer’s book, Canterbury Tales.

Nkem Osu, a journalist attached to the Nigerian contingent as Press Officer was the first to be contacted.

Osu tells the story : ” I got a call. ‘Are you Nukem from Nigeria’, the caller asked. I said I am Nkem not Nukem, he spelt it out. Nkem Osu. I said yes. I was asked to come over to Southern Cross College, which is also on Hector Street.”

Osu rushed to the scene and saw the covered body of Hyginus. The Aussies were really sorry.

“They asked me if Hyginus was a muslim so that the burial would not be delayed because there are moslems in Chester Hill. I was also asked if he was insured as a member of the Nigerian contingent, ” Osu said.

The journalist got in touch with Brown Ebewele, one of the coaches. Jujuman could not bear it. He broke down. Another official, Yusuf Ali was informed. The news was broken to Glory.

The driver was a teenage Lebanese and from information available, he did not have the requisite papers. A good lawyer could have made something out of the case if Hyginus was registered as an Olympian.

I visited the scene later, from Lidcombe. There were flowers strewn around the scene.